Victor Trukhin, Honorary Consul of the Republic of Nicaragua in St. Petersburg 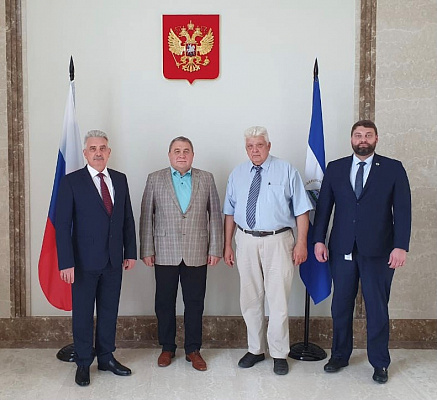 The Russian Consul congratulated Victor Trukhin on his recent assignment to a position of Honorary Consul of the Republic of Nicaragua in St. Petersburg.

During the meeting, a special attention was paid to the current work of the subsidiary enterprise of the SPbSRIVS, the Instituto MECHNIKOV, and to the plans of its development, including the rollout of a new product and the preparation of specialists within the project for the career orientation, BioNica.

Taking into consideration the new status of V.P. Trukhin, the opportunities for the expansion of bilateral cooperation with Nicaragua in different spheres were discussed.

The Instituto Latinoamericano de Biotecnología MECHNIKOV is the only biotechnology company in Central America that carries out the final stages of the influenza vaccine production. The project was implemented by the SPbSRIVS in collaboration with the Nicaraguan Social Security Institute.